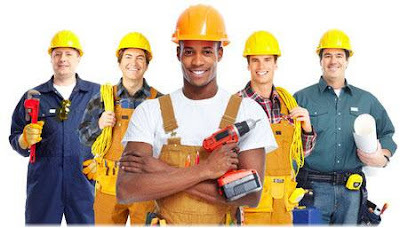 •   Make sure the contractor you choose is licensed. It is a criminal offense to do home improvements without a license, and there is no protection from the Guaranty Fund for the homeowner who uses an unlicensed contractor.

•   Check the license status of a contractor or salesperson.

1’ Can Maryland Home Improvement commision  (MHIC) force the contractor to come to myhouse to fix my complaint?
Many times a contractor is willing to fix items in an effort to resolve a homeowner's complaint. The Commission's authority is limited to issuing a fine to a contractor, suspending or revoking a contractor's license (following a hearing), and in cases where the homeowner has filed a claim against the Guaranty Fund, awarding a homeowner money from the Guaranty Fund.

5’ Will an investigator come to my house?
Most likely, an investigator will not come to your house. Instead, MHIC relies upon the homeowner providing photographs and other evidence to support the complaint. In certain cases that are the highest priority for MHIC, such as complaint involving elderly homeowners and allegations of fraud, MHIC does attempt to send an investigator to conduct a site visit.

6’ What happens if the contractor does respond to thecomplaint?
Once the contractor responds in writing to the complaint, then an MHIC investigator begins an investigation. The purpose of the investigation is to determine whether there is enough evidence to support a charge that the contractor violated the Home Improvement Law or regulations. The investigator may also attempt to have the parties resolve the dispute either informally or by participating in MHIC's formal mediation program.

7’ How long does an investigation take?
The Commission's goal is to complete each investigation within 60 days of receiving the contractor's response. Some investigations take additional time, especially when one side does not provide all the necessary information.

8’ What happens if the contractor does not respond to thecomplaint?
If the contractor does not respond to the Notice of Complaint, the Commission may schedule a show cause hearing before a Hearing Board. At a show cause hearing, the contractor must appear and explain to the Commission the failure to respond. At the conclusion of the hearing, the Board may take disciplinary action against the contractor, such as suspending the contractor's MHIC license or fining the contractor up to $5,000, if it finds that the contractor violated the Home Improvement Law by failing to respond in writing to the complaint. The homeowner is not required to appear at the show cause hearing. However, the hearing is public so the homeowner has a right to attend. Homeowners who do attend the show cause hearing do not have an opportunity to speak to the Hearing Board. Show cause hearings are held before a Hearing Board of the Commission on the first Thursday of every other month.
9’ How do I file a complaint?
The first step in the complaint process is to complete and sign a written complaint form. Complaint forms are available online, or by visiting the Commission. You may also call the Commission at 410-230-6309 or 1-888-218-5925 to request that a complaint form - be mailed to you.
10’  How do I check acontractor’s complaint history? How far back can I search for complaints?
Anyone may check a contractor's complaint history by calling the Home Improvement Commission, Monday-Friday, 8:30 a.m. - 4:30 p.m., at the following telephone numbers: 1-888-218-5925 (toll free) or 410-230-6309 (Baltimore area), or by sending an e-mail to DLOPLMHIC-DLLR@maryland.gov. Complaints filed within the last three fiscal years are reportable to the public within 30 days of being filed. Certain complaints that are determined to lack merit are not reportable to the public
Visit Art Stone Home Improvements  Website for more details or information

Posted by Unknown at 9:48 PM No comments: